Homophobia and human rights in Poland: divergence between civil society and the political class. And local authorities…

A deepening of the AICCRE on what is happening in Poland after the sad record that has seen it as the first homophobic country among those of the EU. What emerges is the contrast between a tolerant public opinion and a political class not very sensitive to human rights. Local authorities are reacting: two European municipalities are interrupting twinning with two Polish municipalities. The commitment of the CEMR/CEMR and the AICCRE. A struggle of civilisation against all forms of discrimination.

Being free does not only mean getting rid of one’s chains, but living in a way that respects and values the freedom of others, said Nelson Mandela. We are not yet free, unfortunately: strong discrimination against people’s sexual orientation persists in many countries in Europe and the world, even in this pandemic period. Discrimination that constitutes “a violation of the principle of equality and damages the human rights that are, instead, specifically protected in our Constitution and in the international order”, as Sergio Mattarella, President of the Republic, underlined on 17 May, on the occasion of the World Day against Homophobia. The fight against homophobia is above all a struggle of civilisation that extends to all forms of discrimination: European legislation makes it illegal to discriminate in the workplace or in training based on religion, disability, race, ethnic origin, age and sexual orientation. However, even in the EU there are incredible stories of homophobia: there are already 86 local authorities in Poland that have established free zones where homosexuals are not tolerated, adopting 91 measures in which homotransphobia is allowed and violent actions against diversity are tolerated.

What is happening in Poland? Between embarrassment and contradictions

According to the new “Rainbow Europe Map”, published in the wake of the World Day against Homophobia by Ilga Europe (International Lesbian and Gay Association – Europe), Poland is the homophobic leader of the European Union countries. Poland belongs to a group of 6 EU countries where gays and lesbians cannot get married. The other countries are: Romania, Bulgaria, Slovakia, Lithuania and Latvia. There are no such restrictions in the other 22 member states.

The embarrassment of many Polish media to their country’s not so prestigious record has been evident. Most of them have reacted with great emphasis and insights on their country’s sad record. “We have obtained this shameful headline in the most important European ranking for research on LGBT equality,” commented the Polish newspaper Oko.press, which wanted to point out “that the research from which the label of homophobia emerged does not concern public opinion, but legislation in the country”. “79% of Polish homosexuals are afraid of violence and therefore do not hold hands”, Noizza.pl. wrote, denouncing that “threats to LGBT people are not taken seriously”.

“Instead of keeping up with Malta, Belgium and Great Britain, we are getting closer and closer to Russia,” Oko.press said, where it is “forbidden to promote homosexuality.

Poland had so far ranked quite high on this issue, but, the Polish online newspaper informs us, “in 2019 many negative events happened. Very frequent bans on equality marches. Bans then lifted by the courts, “which does not change the fact that the administrative bodies – i.e. mayors of cities, – by issuing these decisions significantly restricted the freedom of assembly. We lost the most points in this category compared to the previous year, the newspaper bitterly comments. “The right to the protection of private and family life and hate crimes and hate speech are consistently rated very badly by us. In Poland there are no legal provisions at all, neither for protection against hate crimes nor for the protection of privacy”.

“For years in second to last place, we have finally achieved a position that best reflects the social and legal situation of non-heterosexual people, the last in the Union. We really deserved this title, the most homophobic country in the EU,” polityka.pl bitterly published on its front page.

“Terrifying reality,” commented Slava Melnyk, director of the campaign against homophobia, on neesweek.pl.

In 2019, which many Polish commentators called the annus horribilis for civil rights, the ban on marches on equality has become a constant practice of mayors, neewsweek.pl reiterates “with full awareness that these would then be annulled by the courts” . They banned them for political reasons – commented lawyer Karolina Gierdal of KPH (NGO Campaign Against Homophobia) before the Equality Court in Rzeszów last year.

Poland has voivodships (województwa) as the first subdivision in the local authority system, followed by districts (powiat) and municipalities (gmina). Discriminatory measures have been taken, among others, by 4 voivodships, large regions in the south-eastern corner of the country, including Lublin and Bialystok.

Poland’s black jersey for homophobia would have been even blacker if the ILGA had not awarded three more points to Poland for the efforts of Adam Bodnar, Ombudsman, who with his team promoted numerous activities in defence of the LGBT. However, the mandate of the current Ombudsman Bodnar will soon come to an end. “We do not know what will happen after the end of this mandate, who will become the new Ombudsman and whether the person chosen by the current majority will equally commit themselves against discrimination,” the newspaper writes with concern. Another fact also emerges from the Polish newspapers: Poland’s achievement of this result is the result of 30 years of action to prevent changes in the direction of equality.

The Sejm (the Polish Chamber of Deputies) has already rejected a total of 10 projects regulating homosexual unions, President Duda has vetoed the law on gender reconciliation, several times MPs have said ‘no’ to the expansion of the catalogue of hate crimes. In the presidential debate on May 6, all candidates for the state’s supreme office responded that they would not sign the act that would allow same-sex couples to marry and grant them the right to adopt. There are “more important issues”, said Małgorzata Kidawa-Błońska, a candidate in the Polish presidential elections in 2020, on the anniversary of the death of the transgender Milo and earlier on the anniversary of the death of 14-year-old Dominik from Bieżuń. Suicidal deaths. The left will propose the openly homosexual MEP Robert BiedrÃ³n as their leader.

According to many observers, for the majority sovereignist party PiS (Prawo i Sprawiedlywosc), homosexuals are now the number one enemy. The party has set its May European election campaign on this idea: now it is preparing to do the same in view of the autumn elections. The refrain used by PisS is always the same: “Western progressive values are not part of Polish identity. They include the LGBT communities and their ideologies. A threat to history, culture, family. A threat that must be annihilated”.

But there are also those who attack the Polish Church, which, says LGBT rights activist Jakub Gawron on the Wired Gawron portal, “attacks our community harder than politics. Marek Jędraszewski (Polish Catholic Archbishop, ed.) used the term ‘rainbow plague’ for the first time, which was immediately taken up by the ultra-right’. Gawron, together with other activists, created an interactive monitoring map of all Strefa wolna or lgbt, literally lgbt free areas.

If homophobia is not… an opinion…

However, a survey conducted for Gazeta Wyborcza reveals that same-sex unions are supported by three-quarters of the inhabitants of Polish cities of over 500,000. Homophobia is therefore more widespread in small towns and is certainly not the “soul” of the country, almost as if to testify to a rift between Polish civil society and its political class.

Science has also taken the lead against homophobia: Polish society, which brings together scientists dealing with human sexuality, has adopted a resolution in which it opposes attacks against people associated with the LGBT + environment and campaigns that spread disinformation about them. It also called on doctors, experts and activists to correct the falsification and slander.

Local authorities in the front line against homophobia

Once again, in European history, local authorities are leading the way and reacting before national governments, offering lessons in civilisation. The mayor of Warsaw, Rafal Trzaskowski, publicly supported a statement against all homophobic discrimination last February and spoke at the city’s Gay Pride in June.

But there are those who have done even more. “We, the elected representatives of Saint-Jean-de-Braye,” the city councillors wrote in a unanimously voted declaration, “reaffirm that human rights must be applied to every human being without discrimination, regardless of their sexual orientation and gender identity. We call for the unhindered application of the individual freedoms of all”. For these reasons, the French municipality has decided to suspend the twinning with the Polish village until the Tuchów resolution is revoked.

The French municipality echoed the German town of Schwerte, which has interrupted the historic, 30-year twinning with the Polish municipality of Nowy Sącz. “The decision of your council contradicts our European idea of diversity, and therefore the requirement for international understanding,” wrote Mayor Dimitrios Axourgos to Ludomir Handzl. – “This is unacceptable to me and the city of Schwerte.”

The CCRE/CEMR has recently mobilized, through an open letter signed by Secretary General Vallier and Broberg, one of the two spokespersons on gender equality, (the other is our Silvia Baraldi, AICCRE delegate), in which, among other things, it expresses support for Polish local and regional governments that resist and continue to respect and promote the common fundamental European values of freedom and human rights. The letter can be signed: click here

AICCRE is increasing its commitment in Europe and in the world to minority rights, such as at Council of Europe sessions. In a recent videoconference between the Secretary General of the CPLRE of the Council of Europe Andreas Kiefer and the members of the Congress Secretariat, AICCRE, worried by the tendencies of closing the borders of many countries, Carla Rey, Secretary General of the Association, pointed out how the Covid-19 pandemic has changed some important issues that absolutely must be taken up, such as human rights.

The data give reason to the manager of AICCRE: for example, remaining on the topic of homophobia, 40% of Italian LGBT adolescents suffered violence and discrimination during the quarantine, according to a research carried out by the Gay help on-line service.

However, the issue of rights is not linked to this or that issue. In fact, AICCRE is convinced that all forms of discrimination must be tackled and fought at 360 degrees. In this case the concrete UN Agenda 2030 comes to the rescue, which the Association has been conveying to our members for years in Italy through international events in our country and training on the territory. Agenda 2030 is also credited with requesting the implementation of the Objectives in accordance with international treaties on human rights to ensure that development programs and policies do not exacerbate inequalities and intolerances.

The fight against discrimination, the commitment to equality at all levels, and sustainability for AICCRE are the indispensable tools to reshape societies around the world, weakened and impoverished by the Covid-19 pandemic.

A way to bring human beings back to the centre of the project because, as the Italian Head of State said, “everyone must be put in a position to express their personality and build self-respect”. 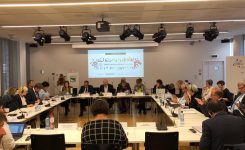 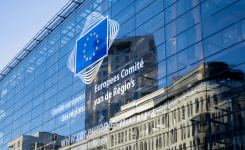 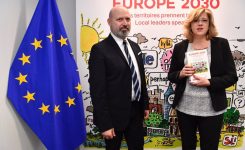 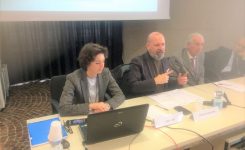 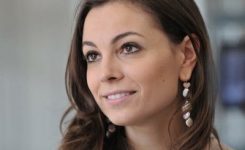 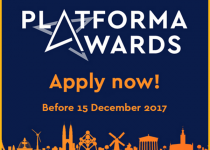 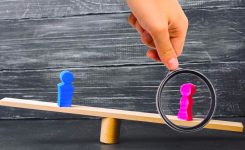 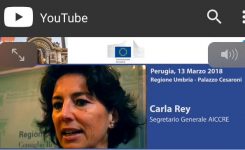 In prima fila con i cittadini per difendere l...