Unity of intent: this is the most evident element emerged from the contents of the AICCRE webinar of 3 June, which was attended by the top managers of AICCRE, CCRE/CEMR, UCLG, Italian, German, Moroccan mayors, representatives of PLATFORMA, DGDEVCO, UNDP.

The world of local self-government, due to the Covid-19 pandemic, has become more aware of its role, having had to face on the field, and very often without help, a sudden emergency, forcing them to provide immediate responses to the citizens, in a world that has turned out to be vulnerable. The pandemic has revealed many social contradictions to which the terrors themselves have had to put a rag. If Italy is overcoming the pandemic crisis, we owe it first of all to the commitment of local authorities, stressed AICCRE and CCRE/CEMR President Stefano Bonaccini a few days ago. After the emergency has been mitigated, the reflections of the representatives of local authorities now find space to outline the world to come. How has the pandemic been tackled by local and regional authorities? What has the pandemic taught us? What strategic changes does it suggest for the future?

The AICCRE webinar has been full of recurrent phrases and concepts, a sign not only of absolute agreement of ideas and perspectives, but also and above all of an univocal strategy of the world of local self-government, which, as never before, appears compact and with clear ideas.

No one can save himself, and therefore international cooperation between territories must be accentuated, but, local authorities claim, national and European legislation should recognise their role as active players and not only as actuators. Agenda 2030 is the compass, as it provides answers on all issues and does so with the global dimension that is more indispensable today than ever before, in a world increasingly interconnected and criss-crossed by the same problems, such as, for example, poverty, public health, climate change, sustainability, equal opportunities, etc..

The need for a multi-level dialogue involving territories, governments, the European Union and global organisations such as the UN and rethinking new models of governance. The opportunity offered by the pandemic crisis for new models of sustainable growth. All issues addressed and reiterated during the webinar.

It is crucial, said Carla Rey, Secretary General of AICCRE, in the opening remarks, “that the cities of the world can directly undertake activities of exchange and mutual learning. The fragility of our system, the inequalities in the world, the social vulnerabilities necessarily require interdependence between governments and countries of the world”. AICCRE should be recognized for the great merit of having focused for years on raising awareness of Agenda2030 in our local authorities, with training courses on the territory and international conferences held in Italy.

“The priorities of the territories have changed in the light of the Covid-19 pandemic, but woe betide to touch what the UN Agenda 2030 indicates, namely sustainability. If, in fact, we do not invest in sustainable growth all over the world, we risk gambling with our most precious good: Planet Earth”, said Stefano Bonaccini, who on the multilevel dialogue brought the example of his Region, Emilia Romagna, where “we have created a control room to share decisions not only with the Government, but with the Presidents of the Province and the mayors of the capitals. In short, we are not going out alone and we will insist on this topic as AICCRE, CEMR and UCLG. The pandemic, let’s remember it, has affected all the countries of the world, making no distinction of race or economy”.

Emilia Saiz, Secretary General of the UCLG, underlined the role “of the local autonomies in the vanguard as regards the identification of priorities”. Essential was the activity of the international networks of territorial authorities “which have created spaces both for the exchange of experiences and above all for learning”. For the UCLG executive “local and global go hand in hand and also for this reason the Agenda 2030, which covers both dimensions, is important”.

Frederic Vallier, Secretary General of CEMR, pointed out that the pandemic was best addressed not in centralised countries but in those where local authorities play an important political role. The CEMR is working with the European Commission to help local authorities in the economic crisis they are experiencing and to ensure that recovery plans include sustainable development models and respond to local needs.

A concrete and certainly paradigmatic experience was presented by Pilar Diaz, Deputy Councillor for International Relations of the Barcelona Provincial Council, Mayor of Esplugues de Llobregat and Representative of the Observatory for Decentralised Cooperation. “The Province of Barcelona allocates 7% of its budget to decentralised cooperation. With Montevideo we have created an Observatory on cooperation with the priority of analysing and strengthening the processes of decentralisation in order to follow the developments of Agenda 2030”. The Europe-Latin America Alliance has the clear aim of a “further development” that reduces, among other things, social and technological disparities and acts against climate change”.

The webinar brought out, during the session dedicated to the experiences of mayors during the covid-19 emergency, some constants, namely the ability of territories to provide answers even when those of governments arrive late. The bottom-up and “natural” push to cooperate with other municipalities even when there is no high-level direction. For example, Pietro Puccio, Mayor of Capacities and CCRE/CEMR spokesman on migrants, denounced the delay of the Sicily Region and the Government, but underlined how this gap has been filled by “an extraordinary solidarity both among citizens and among Sicilian municipalities and not only”. As well as Andreas Wolter, Mayor of Cologne, pointed out the collaboration during the pandemic with the twin cities and with the municipality of Bergamo. Cologne has also pushed itself outside the European borders, providing food and health aid to Peru. “With Peruvian local authority networks we have organized aid to the inhabitants of the Amazon”.

Another issue on which everyone agreed was raised by Puccio, who highlighted in his speech “the political and practical abandonment of migrants, caused by security laws” and the conjugation between inclusive cities and security. The more there is reception, the less there are social tensions. The pandemic, moreover, has highlighted the fragility of our system and this explains the difficulty in achieving the objectives of Agenda 2030. Suffice it to say that in the south of Italy 50% of families do not have a PC and the networks are insufficient. This sensational shortage has influenced and influences, in this period of distance learning, the same right to study (ob. 4).

Emergencies are unfortunately cyclical and we need to rethink our territories. From the pandemic crisis, inequalities have clearly emerged, said Massimo Seri, Mayor of Fano. AICCRE must continue to make local authorities aware of Agenda2030, which must be the pivot of our policies. “All major strategies, if they do not find the practical and active involvement of local authorities, do not achieve their objectives”. The pandemic crisis can be a great opportunity to “test new paths thanks also to an alliance between territories”.

Annalisa Palozzo, deputy mayor of the municipality of Ceppagatti and CEMR spokesperson on youth policies, spoke about the greater importance after the pandemic, which has assumed the objective 11 of Agenda 2030 (sustainable cities and communities). “especially young people need shared and safe natural spaces”.

The third session (What strategic changes in local policies must be implemented quickly in order not to lose the objective of Agenda 2030 and SDGs?) was opened by Ilaria Bugetti, Regional Councillor of Tuscany and CEMR spokesperson on territorial development. Bugetti highlighted the financial difficulties of local authorities and the population. Priorities after the pandemic are the SDGs linked to the fight against poverty and for decent work (ob 1 and 8), public health (ob 3) and climate health (ob 13).

“The urgency covid-19 is no excuse not to follow important issues such as climate,” warned Belinda Gottardi, Mayor of Castel Maggiore and CEMR spokesperson on climate. “The future challenge will be to combine health and climate emergencies. The Recovery Plan must focus on the “green” aspect of sustainable development and maintain the timing for decarbonisation. Sustainable development and mobility will require funding for cities and regions. Both the Recovery Plan and the MFF must support the challenges of the territories”.

Silvia Baraldi, Legnago City Councilor and CEMR spokesperson for gender equality, also focused on Agenda 2030 and in particular on Objective 5. The pandemic has highlighted the fragility of some categories, such as women, girls and children. Baraldi provided a dramatic fact: in the world 740 million women work in the so-called “informal economy”. At the local level there is still much to be done to support families and guarantee dignity to the overexposed female figure. The hastag #iorestoacasa must not become a permanent condition of the female world. The CEMR spokeswoman also denounced homophobic episodes occurred in its territory and violence to women who “must not become second-class problems”.

Lighting a beacon on the “informal economy”, which is a widespread phenomenon in developing countries, was also the wish of Mohamed Sefiani, Mayor of Chefchaouen, Morocco: these people are entitled to health insurance and unemployment benefits. Intermediate cities have a fundamental role in the cooperation and implementation of Agenda 2030 which, according to the Moroccan mayor, is fundamental for international cooperation between local authorities, to share and prepare projects that respond to sustainable mobility.

It should also be stressed that all the mayors who spoke expressed the need for direct European funds for the territories, without intermediaries, in order to use them in a short time and more effectively. The last session, introduced by Amandine Sabourin, Platforma Policy Officer, was attended by Anna Lixi, Team Leader, DEVCO C5 – Cities, Local Authorities, Digitization, Infrastructure and Diana Lopez Camarazana, Specialist in Partnership, Urbanization, UNDP.

Cities are at the forefront and play a key role in sustainability, Sabourin said. “We are working with the European Commission’s DG Global to foster dialogue between local authorities around the world. The idea is to strengthen cooperation and capacity building. There are instruments guaranteed until 2027”.

Other positive signals for the role of local authorities come from the UN. Diana Lopez informed that a recommendation by UN Secretary General Antonio Guterres on the specific issue of the impact of covid-19 on cities will be published soon. An important political signal for the territories. Moreover, UNDP and Un-Habitat are working on a network for an analysis of urban policies and territorial development strategies: City2city.network https://city2city.network/ Anna Lixi made an excursus on the European Commission’s funding for cooperation between the EU and Third Countries, putting 15.6 billion euros on the plate. This figure is explained by the mergers and redefinitions of previous funding lines.

While thanking the European Commission for its commitment to international cooperation, Carla Rey, at the end of the work, reiterated: the willingness of the territorial authorities to become active actors of cooperation and not just mere implementers; that in the next programming of European funds, local authorities can benefit from direct funds for cooperation, with national associations representing local authorities ready to follow them in this accompanying process. 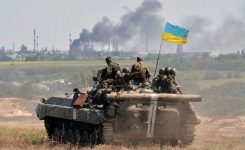 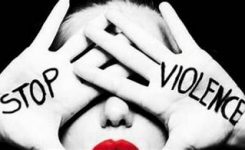 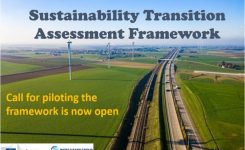 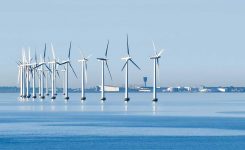 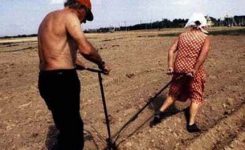 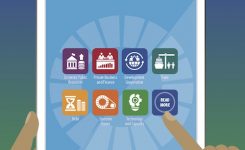 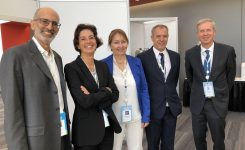